Is Canned, Fresh or Frozen Your Best Grocery Bet? 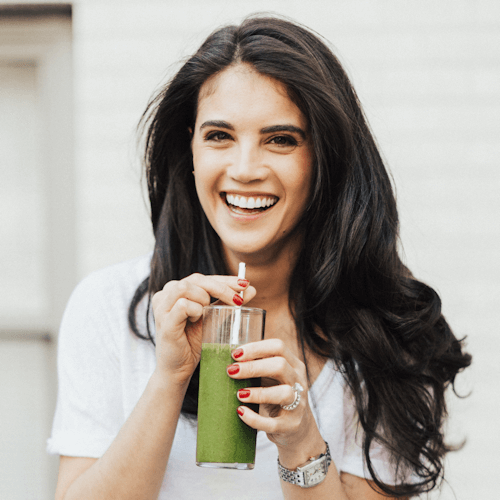 By Chelsey Amer
M.S., R.D.
You've heard it before and you'll hear it again, but the common nutrition advice to "shop the perimeter" of the grocery could be flawed. While fresh produce and shopping with the seasons is ideal for some, there's a more affordable, convenient and equally nutritious way to meet your recommended nutritional needs: canned and frozen foods.

Picked at the peak of ripeness and nutritional quality, canned and frozen produce is immediately canned or frozen to retain as many nutrients as possible. On the flip side, some fresh foods may have more frequent flier miles than you! Most fresh produce travels more than 1,500 miles to reach your plate. Then, produce sits on store shelves for days, or even weeks, in some cases, resulting in nutrient losses.

If you don't have access to a year-round local farmers market or if it's out of your budget to rely solely on fresh foods, you can boost the nutrient quality of your food by venturing to the inner aisles of the supermarket. By taking a stroll down the middle lanes, you'll stock your freezer and pantry to make easy, healthy, meals in minutes, without sacrificing flavor or nutrition.

According to the National Health and Nutrition Examination Survey, Americans only eat one-third of the recommended daily intake of vegetables and fruit. Furthermore, most don't reach their recommended seafood quota of two four-ounce servings weekly. To make healthy eating more accessible and affordable, it's time to start filling your cart with fresh, canned and frozen foods.


Are Canned Foods a Healthy Choice?

It was a chef in Paris who first discovered that the canning process killed microbes, which made canning an extremely safe food preservation method. Modern canning processes were later introduced in the United States in the 1800s to preserve food.

Today, people are most often concerned with toxins and high sodium contents of canned foods. According to CBS News, many companies are working to eliminate cans containing bisphenol A (BPA), but it's still a work in progress. Look for labels stating "BPA-free" in the meantime. And, while salt does act as a natural preservative and is sometimes found in canned foods, it is the heating and cooling process of canning that preserves food, not the addition of exogenous preservatives. However, according to the Canned Food Alliance, many canned foods contain no or low sodium levels. Again, be sure to check the labels for "low sodium" or "no added salt" varieties when purchasing canned foods and consider rinsing the contents after draining to further reduce sodium levels.

One of the most common myths about canned foods is that they are nutritionally inferior. Studies repeatedly prove this is not true. In reality, modern canning methods lock in nutrients by protecting the contents from oxygen, resulting in minimal nutrient losses and peak flavor of produce. If some nutrient losses occur, they are typically minimal and could occur through at-home cooking methods of fresh produce, as well. If buying and consuming canned produce helps you eat more fruits and vegetables, then your overall nutrient intake will increase.

While canned vegetables, fruits and legumes are a great choice, what about proteins?

Canned proteins, like salmon, tuna and sardines, are mostly nutritionally equivalent to their fresh counterparts. Canned salmon contains equivalent levels of omega-3 fatty acids, which have been shown to reduce risk of heart disease and lower inflammation. Canned salmon can even be a healthier choice for some, as canned salmon with bones contains as much calcium as a glass of milk, making it a great source for those who do not eat dairy.

Since canned fish is less expensive and more convenient than fresh, it's easier to meet the recommended two weekly servings of seafood. Even more, it's more affordable to purchase canned wild salmon (my preferred choice) compared to fresh farm-raised salmon. By opting for canned over fresh, you're choosing a nutritionally superior and more sustainable choice since steel is one of the most recycled food containers.

If you routinely skip the frozen foods aisle thinking you'll only find frozen TV dinners, you're missing out on good quality, inexpensive and nutritious foods. Frozen vegetables can cost twice as much as canned varieties, but they're still less expensive than their fresh counterparts per pound, especially when purchasing organic varieties.

Like canned foods, frozen foods are picked at their peak ripeness and flash frozen. This quick-freezing method, which was invented in the early 1900s by Clarence Birdseye, doesn't allow for a dramatic change in texture, flavor or nutrient composition. This makes a freezer full of frozen ingredients an excellent way to ensure convenient and healthy meals to feed your family.

Most studies demonstrate matched nutrient quality of frozen and fresh produce, however, there are some exceptions. Frozen cruciferous vegetables, like Brussels sprouts, cauliflower and cabbage, contain fewer antioxidants compared to fresh, but this alone isn't a reason to skip the frozen foods aisle. Given transport, handling and storage times, fresh produce can also experience a decline in nutrient value just by sitting on store shelves. Plus, if stocking your freezer with frozen vegetables increases the changes you'll actually eat them, you're better off filling your cart with frozen over fresh.

This is especially true when it comes to "off-season" produce. Filling your freezer with frozen berries in the winter, for example, is a great way to boost your antioxidant and fiber intake, when you otherwise might not be able to find local, fresh berries.

When it comes to fish, frozen may be the better choice. Like produce, frozen fish is flash-frozen when it's caught. On the contrary, "fresh" fish at the supermarket may be previously frozen and thawed upon receipt at the grocery store, with a higher price tag. Not all fish markets reveal this trick, so be sure to ask your fishmonger first.

Nutritionally speaking, frozen fish is nutritionally on par with freshly caught fish. You'll also be able to vary your fish intake more, as your store likely has more varieties of frozen fish compared to fresh, especially if you don't live near the coast.

The bottom line is this: You're likely not eating enough vegetables, fruits or fish, so increasing your intake of these three food groups, no matter if you choose fresh, frozen or canned, is a good idea. If relying on canned and frozen foods best fits your budget and lifestyle, there's no reason to avoid these options. Healthy eating is all about what works for you long-term, so if a convenient shortcut helps you with your meals, we're all about it.