5 Healthy Habits You Should Steal From the Pros 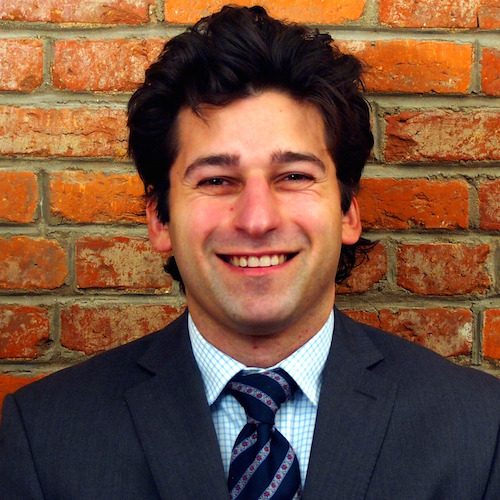 Creating a "healthy lifestyle" can seem daunting. It can sometimes feel like you have to revamp your entire life—changing everything about your diet, exercise, sleep, work and even mental life to finally "be healthy." It's a little much.

But it doesn't have to be. Adding just one new healthy habit to your daily life can make a huge difference. If you eat just 100 fewer calories per day, for instance, you could lose 10 pounds or more in a year without any other dieting.

Even fitness coaches—people who make their living in and around gyms—don't have time to live a healthy lifestyle 24 hours per day. They've got families and , responsibilities and distractions, just like the rest of us. But they all have one or two things they do every day to stay healthy—they're non-negotiable and help these fit folks help other people become their fittest.

"I spend five minutes per day moving my joints through their full range of motion."

Multiple strength coaches mentioned working on joint mobility as a daily habit and it's no wonder: Studies have shown that losing mobility as you age is a risk factor for overall functional decline. To keep their joints moving, these coaches aren't necessarily going through any complicated system, though.

"It doesn't take any special knowledge," says Jeremy Frisch, owner of Achieve Performance Training in Massachusetts. "I simply reach up, reach down, reach to the side. Swing the arms, lift the legs, twist, turn, step forwards, backwards and sideways. I move my neck in all directions, [as well as my] toes and ankles. It lubricates the joints, wakes up and improves my balance."

Mike Perry, owner of Skill of Strength, a performance-based training facility in Massachusetts, does a similar 10- to 15-minute run through his joints, moving his ankles, hips and spine. He says it's not just for the physical benefits of the movement, but because it can help him be more aware of how he's feeling and the effects his training has on his body.

"I almost use it as a daily check-in to form a baseline of how my body's performing day-to-day," he says. "For example, if I'm really sore and I do this normal joint mobility [check-in] and I feel pretty locked up, it's a pretty good indication that the prior training session was probably a bit too much."

You may have heard of a diet protocol called intermittent fasting. The idea behind this diet is that you concentrate your daily eating into a smaller window of time—usually eight hours. Many wind up for 16 hours per day, and eating all their calories from, say, noon to 8 p.m. Proponents of intermittent fasting say it helps them reduce calories and burn body fat, while simultaneously kicking off a process in the body called , where old and diseased cells are cleaned out of the body. Studies have shown that this increase in from fasting helps prevent neuron damage in the brain.

But while some hear the word "fasting" and think it sounds scary or like you'll be starving, intermittent fasting proponent and author of "Rise and Hustle" Mike Whitfield says it's simple: He just skips breakfast.

"I usually don't eat until around 11 a.m. day," he explains. "I've got more energy in the mornings than ever. It allows me to focus on important tasks without brain fog, and it's also an easy way to cut out calories and help me maintain my 115-pound weight loss."

If you're a morning exerciser or you're cranky in the you don't eat, this may not be for you. But you can also try intermittent fasting by eating dinner a little earlier: If you stop eating at 6 or 7 p.m. don't eat again until breakfast, you can fast for 12 hours or more to get these benefits.

Like many business owners, Evan Marcantonio is busy. And with a 2-year-old and 12-old to boot, the owner of Elevate Strength & Performance in Massachusetts, says he isn't sleeping much.

'[Meditating] gives me a bit of a break. I find myself to be more focused and more productive after. It's the most powerful thing I've done over the last year," he says. But it doesn't take up valuable sleeping time in his day. "I was able to start with two minutes and now I'm up to 10 minutes. I focus on my breathing, I try to clear my mind and I count."

And Marcantonio productivity is not just in his head: In one study from 2012, found that those who were more mindful were better at coming up with creative solutions to problems. It can also help at the end of the day: Studies of insomnia patients have found that mindfulness meditations increased total sleep time.

As Marcantonio indicates, meditation doesn't have to take long and doesn't have to be complicated. Oftentimes participants are asked simply to focus only on their breathing, counting each inhale as "one", and each exhale as "." Other meditations involve internally saying "I am breathing in" and "I am breathing out" as you inhale and exhale. These counting protocols clear the mind of other thoughts during the meditation.

"I write on my gratitude whiteboard."

Each night before bed, breathing and mobility coach Dana Santas writes three things she's grateful for on a whiteboard near her toilet. Even on a stressful day, she says, she makes sure to spend some pre-sleep time with the board—and its placement the toilet is no mistake.

"You go to bed, and it's the last thing you thought of. Now [because it's by the toilet], it's one of the first things you see in the morning. When you wake up, you're reminded of what was the day before."

Writing down what you're grateful for won't just improve your mood. In one study, scientists found that people at risk for heart failure who started a daily gratitude for heart disease in eight weeks. Other studies have found that for 10 weeks helped study participants become more optimistic, and also increased the amount they exercised while reducing the number of visits they made to doctors. If you'd like to start a daily habit that benefits others, too, consider tapping out a quick thank you note: When University of Pennsylvania researchers had people write thank you notes, the writers' happiness scores not only increased, but gave them feel-good benefits that lasted a whole month.

"I exercise every single day."

Okay, that sounds like a big commitment. But Frank Nash, owner of Stronger Personal Training in Massachusetts, says it doesn't have to be: "I don't exercise hard every day, but I've got to move every single day." Even if it's just walking, Nash says he carves out even a small slice of his day for controlled movement.

Alwyn Cosgrove, co-owner of Results Fitness in California doubles it, aiming to do two types of exercise each day—intentional and unintentional. "I like walking the dog. She gets about an hour in the morning and that's my mental health thing," he says. Cosgrove calls movements like this—taking the stairs, walking the dog or performing a somewhat physically demanding, but necessary, task—unintentional exercise. In addition to its physical benefits, Cosgrove says this can help him clear his head, come up with ideas and work through problems.

Research backs this up: Stanford scientists found that participants who walked for 10 minutes gave more creative responses on tests designed to measure creative thought compared to those who tried to solve problems while seated.

"It might be a walk for the purpose of exercise, rather than to get somewhere. Maybe some stretching," he explains. "This is a dedicated portion of time to improve me."